Can the stock market really be beat?

Can the stock market be beat? According to most, not unless you’re extremely lucky. But if investment performance is a matter of luck, it must be that the chances of winning or losing is random. In other words, investors have a fifty-fifty chance of winning or losing. Similar to flipping a coin, you could get ten heads in a row if you’re lucky. However, as you increase the number of times you flip the coin, it's almost impossible to get all heads.

But what about the investors who have exceptional track records? Some argue, if you have enough monkeys randomly hitting the keyboard, one of them will almost surely type the word "Shakespeare". Similarly, if there are enough investors in the market, then some of them must be able to do exceptionally well… simply by luck. This argument is mathematically proven to be true, but one question remains, how many monkeys do you need to get the word "Shakespeare"? The answer is always, a lot of monkeys. By analogy, if you have a lot of investors there will be the "lucky" ones that produce exceptional track records.

Laguna Niguel, California investor, Jonathan Wallentine has a track record of 72 winning trades and 18 losing trades from March 2015 through December 2015. With an 80% win rate, Jonathan would be deemed the lucky one…if luck matters. Now, let's ask, how lucky is he? To calculate the probability of achieving this, we use the assumption that his chance of winning or losing on a given trade is roughly 50%. Given this assumption, the probability of winning 72 out of 90 total trades is equivalent to getting 72 heads out of 90 coin flips. The probability is 0.000000306%, or less than 1 out of a 100 million investors (note: the entire population of the US is approximately 300 million). There are two ways of viewing Jonathan’s results:

(2) It’s not luck, and those that believe the market cannot be beat are simply incorrect.

Track records like Jonathan’s prove conclusively it’s possible to beat the market and anyone who insists otherwise is choosing to believe theory over evidence. The contention that it’s possible to beat the market, however, doesn’t say anything about the difficulty of the task. In fact, it’s the difficulty that helps create the illusion that it’s impossible because the vast majority fail to do so.

Jonathan Wallentine’s career has been all but traditional. He knew three things at an early age: he wanted to be an investor; he wanted to use a mathematical approach; he wanted to do it differently than anyone else. The majority of investors, build strategies based on predictions. They seek to identify countries, industries, and companies they believe will perform well and seek to invest. There is another category of approaches that doesn’t rely on prediction. This category identifies when market prices between different investments are inconsistent, and then invests to capture profits available by exploiting the inconsistency. Here is an oversimplified example of such an approach: a box of 1,000 Splenda packets sells at Costco for $20, and a box of 50 Splenda packets sells at Vons for $5. Jonathan would buy Splenda for 2 cents a packet at Costco and sell it for 10 cents a packet at Vons, resulting in a risk free profit of 8 cents a packet. His approach doesn’t require him to predict the price of Splenda. It simply requires he find different investments made up of similar components (e.g. packets of Splenda), that are priced inconsistently. Jonathan is one of the small minority of investors who employ such “arbitrage” strategies, and he does so with his own unique methodology. In fact, he is one of the most successful practitioners of this type of investing. But, first, it’s worth noting that Jonathan’s unique approach to investing comes from his upbringing and particular characteristics.

Jonathan grew up on a golf course in Palm Springs, California. His perceptions of work were colored by his childhood experiences. When he was in high school, Jonathan thought it was sad that most people loved Fridays and hated Mondays. “I was going to make sure that wasn’t me,” he says. “I really wanted to find a way to make Mondays as exciting as Fridays.” Other childhood experiences taught Jonathan lessons about work. He spent countless summers working construction for companies that worked for his father. One summer when he was about ten years old, his father got him a job with a company responsible for fixing a track home development that had leaky kitchens. He remembers his new boss asking his father, “how much should I pay him, he’s only a kid,” and his father responded, “pay him whatever he’s worth.” Jonathan remembered working so hard that he dug up 32 foundations in a single day, which was a record, and the other guys on the job started calling him “the mole”. Jonathan recalled making around $400 for a single week of work. He said he discovered the value of incentive-based compensation at an early age. His high regard for the fairness and efficacy of paying for performance is reflected today in his firm’s unusual compensation structure where each employee is paid based on the results that they produce.

As much as investing is about understanding the relationship between risk and reward, it has everything to do with mathematics and probability. Jonathan attended the University of California Los Angeles (UCLA). Although he knew he wanted to be an investor at an early age, he fell in love with the logic of mathematics in college. Jonathan was diagnosed dyslexic as a child and always struggled with subjects other than math that required reading and subjectivity. He had a hard time recalling information that couldn’t be logically derived. As a result, he remembers arguing with teachers throughout his education. “My high school history teacher said the US military was so advanced that they no longer needed ground troops,” he says. “I remember telling him a war of attrition would be impossible to win without ground troops because how else would they occupy a country without troops on the ground.” On another occasion, he recalled taking a finance course in college where he challenged a professor’s belief that taking risk was required to generate investment profits. Jonathan knew this wasn’t true because he had just accepted a credit card offer from Bank of America to borrow money interest free for one year. With a chuckle, he explained, “I borrowed as much as I could, I think they cut me off at like $60,000 or so. I took all of the money and deposited it into an FDIC Money Market account with AM Trust bank that was paying around 5.3% interest at the time. I set up electronic payments from AM Trust bank to have the loan repaid by the end of the year and began calculating my profits with no investment. I recall making about $2,500 without investing a single dollar.” Jonathan said he planned to expand this strategy to other classmates at UCLA but the implementation was too challenging.

Several months into the Ph.D. Mathematics program at UCLA, Jonathan learned about the actuarial profession where mathematicians were getting paid handsomely to solve business problems using math. He decided to accept a student actuary position at Safeco Insurance in Seattle, figuring he could return to the Ph.D. Math program if he didn’t like the work. Instead of returning to attain his Pd.D. in Pure Mathematics, he became enthralled with Actuarial Science, an applied mathematics discipline focused on financial risk management. In 2009, Jonathan attained his Fellowship in the Society of Actuaries where he specialized in quantitative finance and risk management. To become a Fellow of the Society of Actuaries, one must complete a series of rigorous exams that tests one’s ability to apply a combination of finance, mathematics, and probability, to develop practical investment solutions to manage financial risk.

Jonathan, a Pure Mathematician from UCLA, and a Fellow of the Society of Actuaries, came to markets with a gambling perspective, but not gambling in the conventional sense. Casino gambling has a negative edge for the player, and the longer one plays, the greater the chance of financial ruin. These types of games of chance is the antithesis of what Jonathan was interested in. Jonathan was, in fact, extremely risk adverse, a by-product of being an actuary managing financial risk for large institutions. Jonathan’s goal was to become the house rather than the player in gambling. He sought to devise investment strategies that would place the edge in his favor – a task that had been assumed by most to be impossible. While building predictive models at Safeco, he remembers explaining to a coworker how to apply predictive models to generate stock market profits. He precisely recalls his coworker’s response, “Are you crazy? Millions of investors are playing that game for profits, what makes you think you’re the one that can win?”

In Jonathan’s next professional role as Director of Financial Product Pricing for Pacific Life, he oversaw the development and management of investment products like life insurance, annuities, and mutual funds. This led him to discover the optionality built into many financial products was mispriced. While working on the problem of how to price complex derivatives with such optionality (a derivative is an investment that derives its value from the performance of an “underlying” entity, such as an asset, index, or interest rate), Jonathan published his findings in Practical Application of Portfolio Replication. Jonathan eventually developed a formula for pricing complex derivatives that could be used in the markets to successfully capture profits from mispriced derivatives. After several years of successfully managing his own money, Jonathan resigned from his position as Director at Pacific Life in 2014 to form Actuarial Management Company, a company he founded in an effort to change the investment industry for the better. 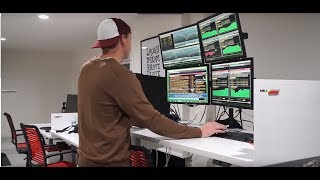 Watch How We Beat the Markets... 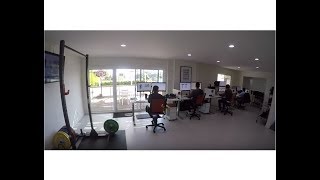 Being excellent is not an act, learn why. 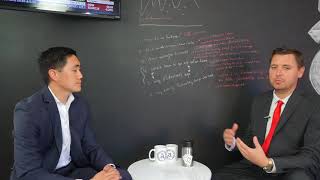 Can the stock market really be beat?

Orange County Business Journal Feature: What is your opinion on the new fiduciary rule for financial